Boost Your Confidence And Grades

Boost Your Confidence And Grades

He used to dread chemistry classes when he was in junior college. But that changed after he signed up for tuition lessons by chemistry tutor William Lin.

Now 20 and in National Service, Mr. Felix Tseng recalled how Mr. Lin helped him find his bearings in chemistry and motivated him to do well in his studies two years ago. Mr. Tseng said: "During chemistry lessons in school, I always felt lost and I couldn't keep up with the class. I found it difficult to understand the concepts taught in class." He remembered feeling demoralized after obtaining a U grade in his March JC2 chemistry exam. A schoolmate suggested Mr. Tseng take up tuition in chemistry.

He recalled: "From the very first tuition class, Mr. Lin changed my view of chemistry. I was blown away by the ease at which he helped us understand the concepts, link topics together, and remembers them. Chemistry went from being my greatest source of worry to the subject that I had the most confidence in.

"It was more than just for the sake of passing exams. I thoroughly enjoyed learning the subject and I found a lot of satisfaction when I could make sense of the concepts taught."

Under Mr. Lin's tireless coaching, Mr. Tseng scored an A in his GCE A-level examinations in 2014.

PASSION TO TEACH AND INSPIRE

Mr. Lin graduated from the National University of Singapore (NUS) with an honors degree in chemistry and was awarded a Ph.D. scholarship by NUS to pursue medicinal chemistry. As an undergraduate, he earned a place on the dean's list and completed a four-year degree in three-and-a-half years. He began giving tuition in chemistry part-time while pursuing his doctorate degree. Midway, Mr. Lin realized that his real interest was to teach and coach students in the subject he loved most.

Fuelled by his zeal in imparting knowledge and the satisfaction he felt when students did well, he decided to set up his own tuition center. It meant giving up his scholarship.

"It was a tough and life-changing decision for me. While I was grateful for the scholarship, I felt compelled to give up my own studies as there was an increasing number of parents and students approaching me to give classes. I considered all factors carefully and decided I had to give my full attention and time to my students," he said.

Mr. Lin believes it is important to engage the students, such as by using teaching aids such as interactive smart boards, tablets, and even YouTube videos.

He said: "Tutoring is like performing. You need to find a way to deliver content in the most interesting way. Part of me wants to teach, while the other part of me wants students to be entertained and enjoy coming to class. When they find chemistry interesting, half the battle is won."

Apart from establishing rapport with students, Mr. Lin's way of connecting students to the subject matter is breaking down complex concepts and making them easy for students to understand.

He said: "I use simple and concise explanations to help my students to process and absorb the knowledge they will be tested on. This helps them learn effectively. It is a two-way process, my students get inspired to learn and I draw inspiration from them to always find new ways of teaching."

LEARNING BASED ON UNDERSTANDING

At Making Sense Learning Centre, students are challenged to question the rationale behind facts, think deeply, and bridge missing links between concepts.

Mr. Lin observed that new students who sign up for his tuition classes often tell him that they have spent a lot of time studying on their own but they were not getting the results they want.

"One common problem I noticed is that they spent time memorizing huge chunks of facts but they don't actually understand what they are committing to memory so they don't quite know how to apply what they memorized to answer exam questions. I liken this to them accumulating many pieces of different jigsaw puzzles but they can't piece these together to complete the puzzle," he said.

Mr. Lin ensures that the notes he provides are well-structured, detailed, concise, and informative. He believes that these notes are tools that can allow students to stay ahead of the national average. Outside of tuition hours, students can reach Mr. Lin through Whats¬App, SMS, and e-mail to clarify their doubts or ask for extra help. He also encourages students to arrange for extra consultation sessions at no cost.

Mr. George Wong, 21, one of Mr. Lin's former students, scored an A grade for chemistry at his GCE A-level exams in 2013.

Mr. Wong said: "To me, the one value that really makes Mr. Lin such a special teacher is his 100 percent commitment to students. "He has a few hundred students, yet he knows the strengths and weaknesses of almost all of them. He also replies to our messages without fail. He doesn't mind when we hold him back after class to ask him to repeat certain concepts that we don't fully understand. He is not just a chemistry tutor and he truly teaches us the intrinsic value of learning and motivates us to want to do well." 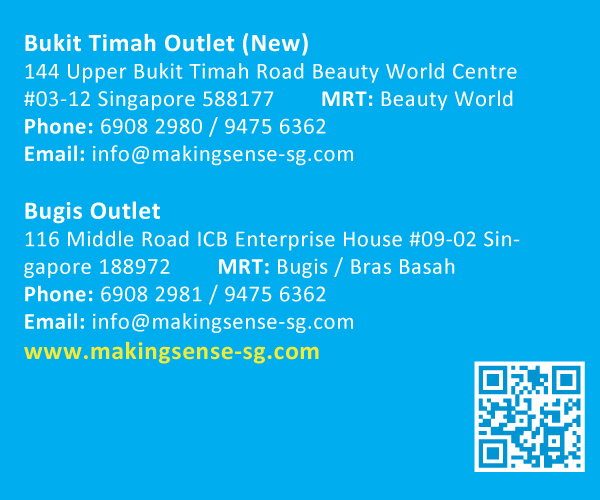 Benefits of Installing Stairlift for Elderly and Handicapped

Reasons Why Digital Marketing Can Help Small Businesses in Singapore

One-Stop Shop To Get All Your Gardening Supplies In Singapore

What is SEO and Why SEO matters

Social Media Marketing – Can It Help Businesses Reach Their Goals?

Search Engine Marketing (SEM): What It Is And Its Benefits To Businesses Today

Search Engine Optimization – How Long Does It Take For It To Work?

Social Media Marketing in Singapore – Which of these Platforms Works Best?

5 Most Basic Questions about SEO

How Can We Help You Today?

We will get back to you soonest!